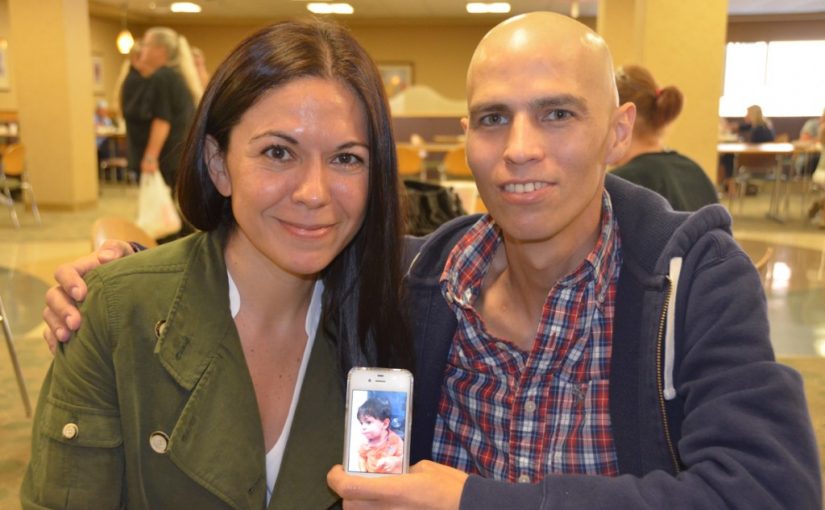 Meet Pedro and his beautiful wife, Fernanda. They traveled to Indianapolis from Venezuela for Pedro for treatment of testicular cancer. After several unsuccessful treatments in three South American countries, they decided it was time to come to America. It was somewhat of a last resort because their healthcare would be covered by insurance everywhere but in the U.S. But in the end, despite the huge costs, they decided they needed to be here.

They left their 15-month-old son, Oliver, in the care of a friend, thinking it would only be for a short time. “At first, we thought we would only be here for 10 days, so we stayed at a hotel,” Pedro explained. But soon after they arrived, doctors told Pedro that he would need to receive high-dose chemotherapy and a stem cell transplant, a process that would require them to stay in Indianapolis for at least 7 weeks. It caught them by surprise, and it meant that not only would they be separated from their son, but they would have to find another place to stay.

Just a few days later, they were able to move into an apartment, which quickly felt like home to them. It not only helped with their financial burden, but it also brought a huge sense of relief. “It’s so close by, you don’t have to worry…We came here worried about so many other things,” Fernanda explained. “You have so much going on in your head, so having one of those things taken care of was so important.”

Through your support, Fair Haven provides a home-away-from-home for families battling a serious illness. Bring hope to families today with your gift of support.