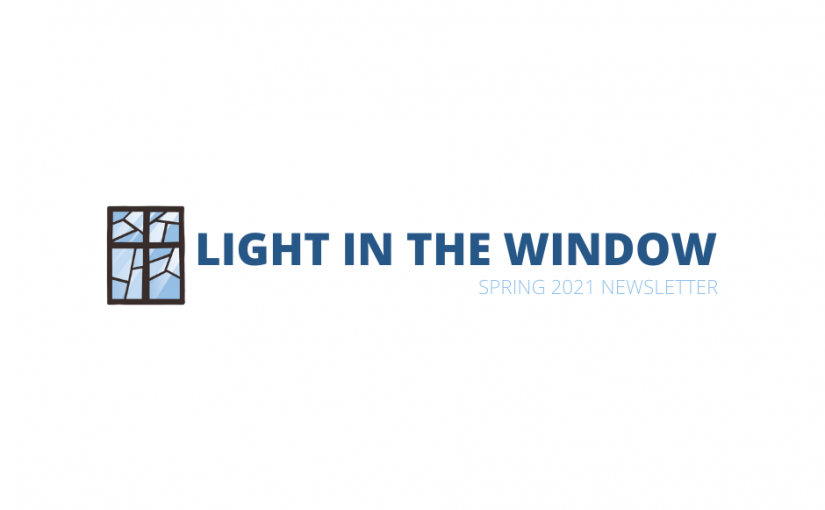 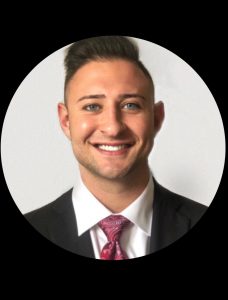 Cancer was the last thing on the mind of this 25-year-old from San Antonio, Texas. Healthy and active, Jason Serchay enjoyed running marathons and stayed busy while pursuing a graduate degree in cybersecurity. It was just over a year ago when he and a friend were on a trip to Colorado and Jason became uncharacteristically exhausted just one mile into a hike. Not long after that, Jason discovered swelling in his testicles and went to his physician. An ultrasound showed that Jason had stage 3 testicular cancer.  READ MORE END_OF_DOCUMENT_TOKEN_TO_BE_REPLACED 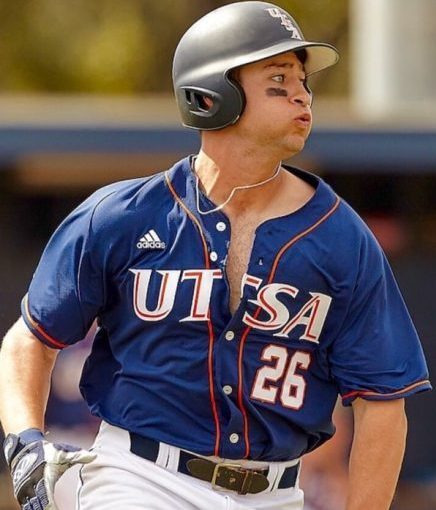 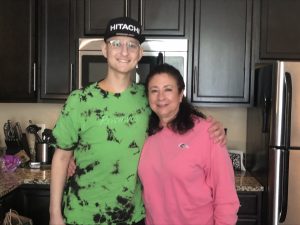 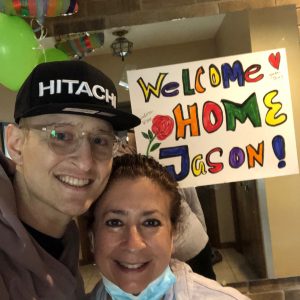 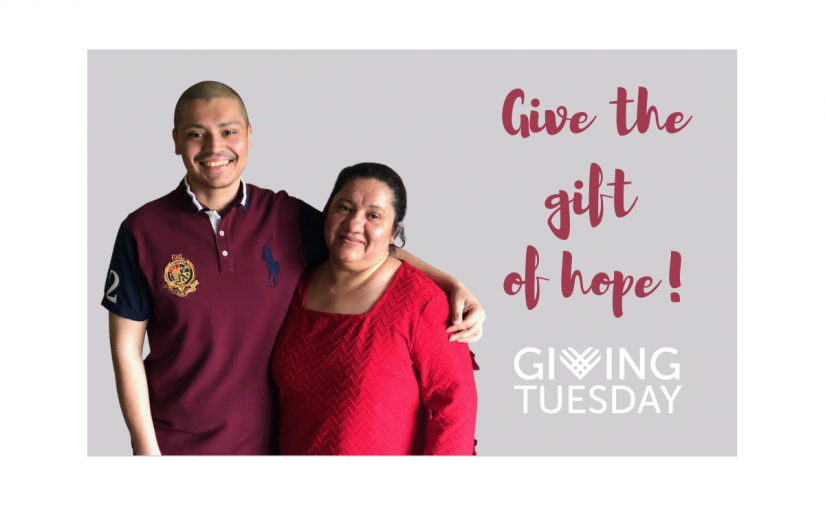 December 1st is #GivingTuesday – a global day of generosity meant to unleash the power of people and organizations to transform their communities. With over 4 million #GivingTuesday gifts made around the world in 2019, this is a day of extraordinary impact. Fair Haven is proud to be part of this celebration of giving and would love for you to join us!

Kick-off the most celebrated month of the year with a gift of any amount! GIVE NOW.

Your support on #GivingTuesday will bring hope when it’s needed most for families battling a serious illness. Patients travel from around the country and across the globe to receive critical medical care at world-renowned hospitals in the downtown Indianapolis medical center. Since 2007, your generosity has made it possible for 1,122 families to find a home at Fair Haven and be together during their fight for life. More than ever, your support is needed so families can continue to find a refuge in the storm at Fair Haven.

Edgar never could have imagined what 2020 would bring for him and his family. Just a year ago, he was a carefree 21-year-old working in landscaping with his father and enjoying family gatherings, outings with friends, and video games. But all of that came to a halt last December when Edgar was diagnosed with sarcoma, a rare bone cancer. His world was turned upside down with the devastating news. Edgar and his family spent the next eight months far from home and courageously fighting the battle of his life.

Stay tuned in throughout the month of December to hear how God’s unfailing love met Edgar and his entire family in their deepest moment of need. Follow along with Edgar’s story here. 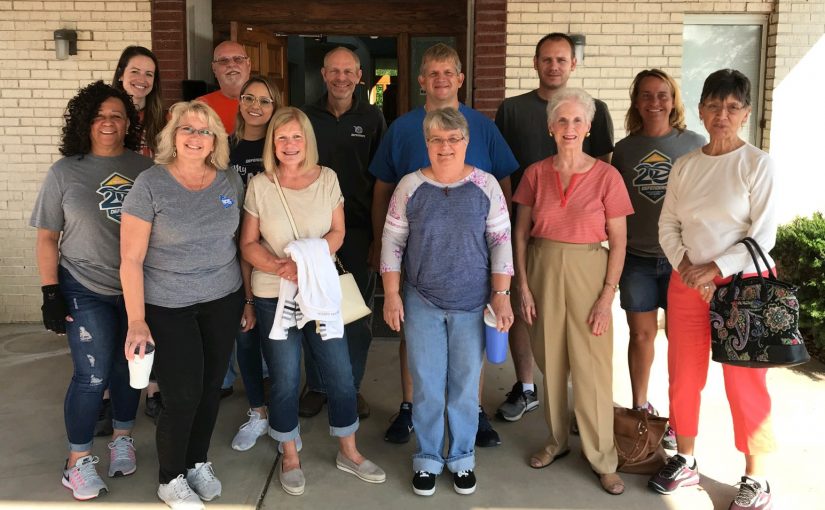 Fair Haven’s mission of sharing Christ’s love truly comes to life through a small group of volunteers from St. Luke’s United Methodist Church. Since adopting an apartment in 2013, this special group has served each family staying there as they journey through the challenges of a serious illness. The group’s leader, Kathy Lindsey, was first introduced to Fair Haven when Executive Director Amanda Milner made a presentation at the church to the Stephen’s Ministry group. Immediately, Kathy knew she had to get involved.

Kathy organized a small group of fellow Stephen’s Ministers and empowered them to serve the guests of apartment #124 through prayer and acts of loving service. The group helps guests by providing rides to the grocery store, delivering home-cooked meals, and by offering a listening ear during tough times. As they share each family’s journey, these volunteers have grieved with guests in their pain and celebrated their joys and victories.  Often, they form bonds with families that last long after they return home.

As a guest at apartment #124, Jill Phillabaum experienced the group’s wonderful loving care while she recovered following a liver transplant. Volunteers frequently offered to run errands, deliver food, and provide rides to appointments, but the biggest blessing Jill received was their emotional support. Though Jill had outstanding support from family and friends, the journey of healing after an organ transplant can be long and arduous. Having a broad network of support can make a tremendous difference. 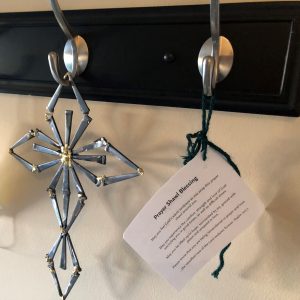 Jill treasures two special gifts of encouragement she received from the group, a prayer shawl and a hand-welded cross. They were a great source of comfort during that time.  Jill shared, “These provided a constant reminder to stay focused on God and not my circumstances. They were also a reminder of all those praying for me when I was tempted to feel alone.”

Jill’s life is one of many that have been touched by this special group of volunteers. They are a wonderful example of the incredible impact church groups can have simply by sharing Christ’s love.

Learn more about how your church can serve the families at Fair Haven. Both one-time service projects and ongoing service opportunities are available. 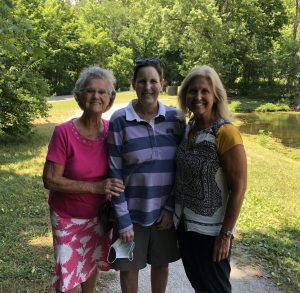 Jill and her friends Louise and Lori are shown here visiting Eagle Creek Park. Group co-leader Steve Briggs encouraged Jill to visit the park as she began preparing her body to travel home.  Jill shared the visit “was a step towards feeling normal again.” 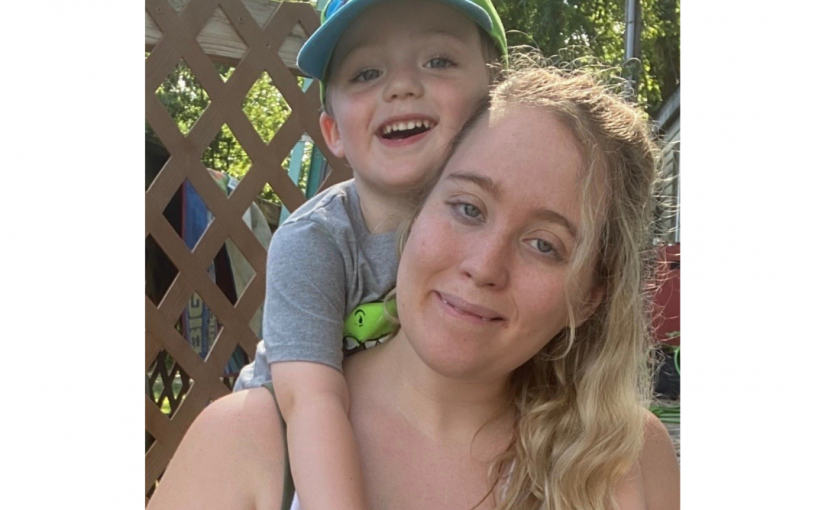 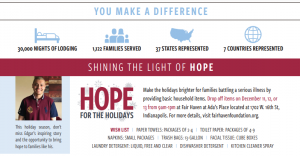 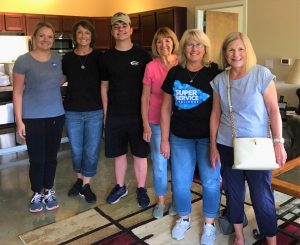